Yesterday I spoke about some of the awesome books I’ve encountered more-or-less recently that would make great gifts for the queerfolk on your list, and today I wanted to revisit said idea but with the notion of young adults and new adults. Now, I’m not nearly as well-read in this area, and I’d be super-happy if you’d add your own comments to the list for other titles and authors you suggest. But that said, I do know some, and so here we go…

For anyone who loved the Percy Jackson series (or, who, frankly, just loves anything mythologically based, especially the amazons), I’m going to start with Jeffrey Ricker‘s The Unwanted. Here you meet a young gay boy who finds out he’s one of the unwanted sons of an Amazon, as in the Amazons. Tackling the Amazon mythology with a fresh take, The Unwanted throws in some great humour moments as well as mounting tension toward a very Greek-style quest-and-prophecy plot, and will definitely leave the reader satisfied. Bonus points for parents who aren’t foils but actually supportive, functional adults, and majorly kick-butt women characters throughout.

For YA with a leading young lady, I fell in love with The First Twenty by Jennifer Lavoie. I’d read all of Lavoie’s other books, which featured gay guy protagonists, and was super-stoked to read her young women, who not only get a post-apocalyptic world to explore, but even a bit of supernatural ability. The First Twenty does some really fresh things with the genre: it’s not doom and gloom and fighting over scraps, it’s about rebuilding, hope, and trusting and working together. I loved it. Bonus points for two gay dads, and also for a society that has clued in—finally—that there are bigger things to worry about rather than who fancies who. 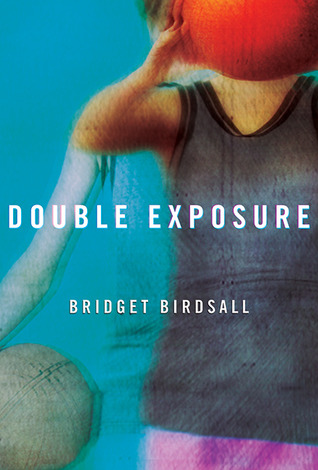 New to me this year was author Bridget Birdsall, who I met at The Saints & Sinners Literary Festival on a panel discussing YA. Her YA novel, Double Exposure, was the first I’ve read with an intersex character, and the exploration of Alyx was wonderful. Alyx’s parents were cautioned not to make decisions upon Alyx’s birth (Alyx is born with ambiguous genitalia), and as much as they try to navigate a world without pronouns, Alyx’s parents slip into “he” with Alyx. Raised as a boy for fifteen years, Alyx knows otherwise: she’s a girl. And a move makes it possible for her to do something she’s never done before: be herself. There’s some dark stuff in this book that’s very real: bullying, truths about genderqueer folk and their treatment in the past and present, but the book is ultimately redemptive, and it’s about time we had those kinds of stories.

As I mentioned on Thursday with my “how to write a review” post, I also heartily suggest Cub by Jeff Mann if you’re buying for a New Adult gay reader who doesn’t fit the far-far-over-represented gay kid who is yearning for the big city and escaping the small rural town. Though content-wise you definitely want this one for older teens and new adults, the story here finally gives voice to a kind of gay kid I’ve never seen in YA fiction prior to this: the big burly rural guy who doesn’t want to escape to the city, but wants to stay and find happiness in his rural town.

Similarly, if you’ve got a goth queer (or even just a lover of ghost stories) you’re buying for, take a peek at Vintage. A YA novel by Steve Berman, Vintage does for the goth and alternative kids what Cub does for the burly bear-cubs: it adds a voice you don’t see very often represented.

Lastly, I’ll leave you with The Big Summer, by Jamie B. Laurie. Before anything else, I should point out how wonderful (and rare) it is to have a teen writing YA, and doing it so freaking well, and Laurie does just that. Here we bump into Will, a kid who has been betrayed and beaten down by his “friends” over his coming out, who decides that it’s time for a change. A big one. Taking a chance, he heads to a new town for summer with his aunt, and makes a list of things he wants to achieve before school starts again. The authenticity in this book is over-the-top on target, and the overall effect of the book was to leave a dopey grin on my face. I can’t wait to see what Laurie does next.

So there you have it – some YA and NA fiction you can pick up for the queer younglings in your life. I hope I was helpful, and like I said way back up at the beginning of this post, please please please tell me the Queer YA and NA books you’ve bumped into this year that were awesome. I love to learn more, and I love to read them (who says YA is for the young?)