I feel like my last few Writing Wednesdays have all been about me saying, “So, this happened…” with excuses as to why I’m off track with writing. Today, however, I got me a public service announcement type reason for why I’m off track, so cue the “more you know” rainbow, and here it comes:

Men, get your darned colonoscopies done.

Especially if (a) you’ve hit a certain age (men, that’s fifty, so while that’s not me, stay with me), (b) you’ve got family history (I have so much cancer in my family you have no idea), or (c) the magic combo of both, wherein your doctor looks at you and says, ‘You know, you’re only forty, but given your family history…’ (that would be me).

After hearing horror stories from others, I would like to come forth and say the worst part is, indeed, the evening before when the various medications make for a, uh, crappy night. Like, a very crappy night. I know, I know, too much information, but here’s the thing: it’s the worst part, but it’s not that bad. Truly.

And hey, worse than that? Colo-rectal cancers.

So! The experience itself isn’t bad either. Frankly, I had more discomfort wearing the robe than during the whole procedure, including giving birth two my lovely new polyps. I haven’t named them yet. We’ll figure that out when I learn if they’re cancerous or not. Maybe I’ll have a reveal party, with a box of balloons.

In all seriousness now, no joking, I’m fine. If they turn out to be malignant, they’ve already been removed, and I need to get tested again on a more regular basis. If they’re benign, I did something good for my health and I’ll go back to my regularly scheduled tests.

But if they turn out to be malignant, and I’d waited until I was fifty to get checked?

So. Guys. Go get checked.

A wee sneak peak of one of Cole’s first teleports. He’s aiming for home, and kind of misses.

The good news was I was home.

The bad news was it was the wrong one.

The new owners of the house I’d lived in until I was ten had repainted the entrance hall a soft yellow. It was nice. Sort of cheerful. Did cheerful yellow-paint people freak out when teenage boys showed up in their homes unannounced? The coat rack didn’t have any coats on it. Maybe that meant I wouldn’t have to find out.

The dizziness passed while I stood there, breathing. Faster than the last time.

Okay. First thing, get the hell out of here. Preferably unnoticed.

I turned around, grabbed the door handle, and turned.

One part of me filed that away as interesting information: apparently, I could teleport to the other side of a locked door. The rest of me tried not to notice how much my hands were shaking as I undid the two locks and cracked the front door. 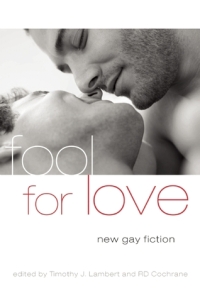 Where it all began!

Okay, I know I talked about the cover the last time but I still can’t show you and that’s killing me. What I can tell you is the cover features Ian Simon. Now, I’ll forgive you if you have no idea who Ian Simon is, but in a way, he was the first character I ever wrote.

In the short story “Heart,” which was my first published short fiction piece ever, in Fool for Love: New Gay Fiction, there is a moment when Aiden, the narrator, races to the hospital and meets his boyfriend’s boss in passing after his boyfriend has been hospitalized. All he really notes about the boss is his heterochromic eyes: one blue, one green. And that’s Ian Simon’s first appearance.

But chronologically, Ian was the first character I wrote completed stories for. I’ve just never found a home for them. One was a novella length work that I realized wasn’t suited to become a novel, and was too large for a short story collection. Another was restricted by format as I wrote it as part of a 100-words-a-day project where each instalment was exactly 100 words. And so on.

All that to say I can’t wait for you to met Ian Simon. He’ll finally have a story of his own for you to read.

Every Wednesday I try to include my list off all the various open calls for submission I’ve found and/or am trying to write for. If you know of any others, by all means do drop them in the comments and I’ll add them to the list. If this is helpful for people other than myself, it’s even better.

March is half over! While in January I did well: 6 submissions (4 reprints, 2 new), 1 acceptance; in February was bare minimum: 1 submission (1 new). March is currently empty (I’m so close to submitting a couple of things, though).