We’re at the fifth month, which means a fifth collection of stories! I’m so appreciative to everyone who takes part in this wee prompt/contest/what-have-you, so before anything else: a thank you to everyone who took part. Also? I’ve heard from a couple of the authors now that stories they wrote for this challenge are finding homes in contests or publications elsewhere, and that is freaking awesome.

So, what is this challenge?

Well, the Flash Fiction Draw is basically a randomized card-draw that spits out a genre, an object, and a location, after which writers have a week to come up with up to 1,000 words that fit the criteria. It’s meant to be for fun and inspiration, rather than for serious competition. I do a draw on the first Monday of every month (the next draw will be June 4th, if you want to join in) and post results the following Monday, updating the post as I find new stories writers have written. 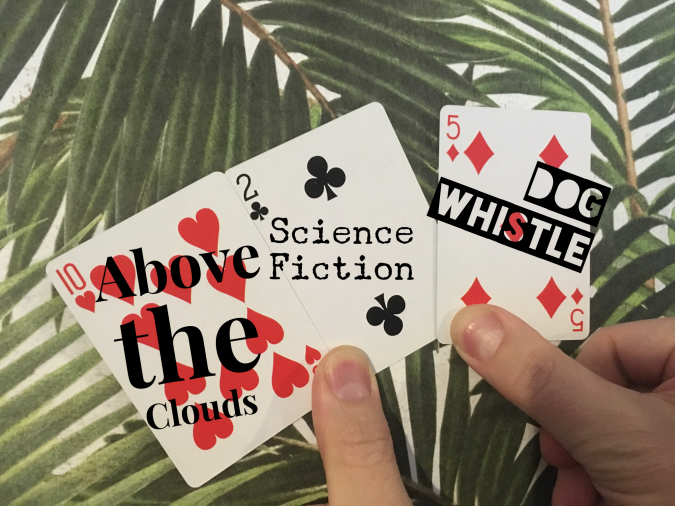 Given “Science Fiction,” “A Dog Whistle,” and “Above the Clouds,” where did the writers go? Some stuck around here on Earth (like me), but it turned out the sky was absolutely not the limit.