It’s July, so here’s the seventh collection of stories, and let me tell you, this month was like pulling teeth for me. To start, though, this is so much more awesome with friends: a big thank you to all the writers who wrote something. Especially those of you who don’t normally touch mystery (like me).

That said, if you’re new around these parts, it’s possible you have no idea what am I talking about.

Well, the Flash Fiction Draw is basically a randomized card-draw that spits out a genre, an object, and a location, after which writers have a week to come up with up to 1,000 words that fit the criteria. It’s meant to be for fun and inspiration, rather than for serious competition (though, as I said, this month it was borderline painful for me). I make the draw on the first Monday of every month (the next draw will be August 6th, if you want to join in) and post results the following Monday, updating the post as I find new stories writers have written. 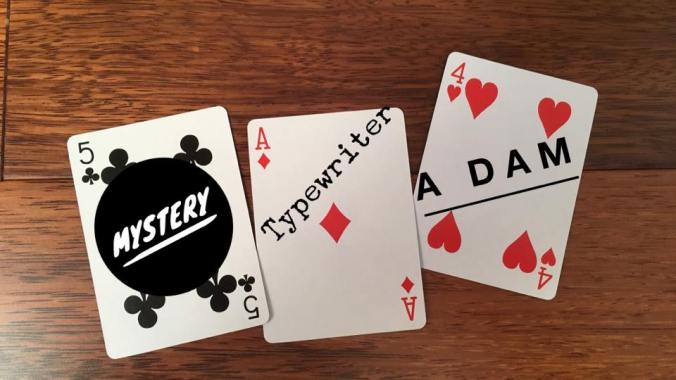 With “Mystery,” “a Typewriter,” and “a Dam,” this awesome gathering of author friends came up with a plethora of tales to offer you. There’s a dash of thriller, a dose or two of humour, and some fantastic gamer puns, among other great tales.