Woke up to snow this morning, again, and looking at the forecast, right now it seems like this might be the start of “there will never not be snow until spring.” So, y’know, ugh. Thank goodness there’s a new husky in the home. Max, like Coach, seems to like snow. That helps.

On the off chance this is the first month you’ve been visiting here, and if you’ve not read a roundup post before, the Flash Fiction Draw is a randomized card-draw that spits out a genre, an object, and a location, after which writers have a week to come up with up to 1,000 words that fit the criteria. It’s meant to be for fun and inspiration, rather than for serious competition (stretching writer muscles, rather than stressing writers out). I make the draw on the first Monday of every month (the next—and final!—draw of the year will be December 3rd, if you want to join in) and post results the following Monday, updating the post as I find new stories writers have written. 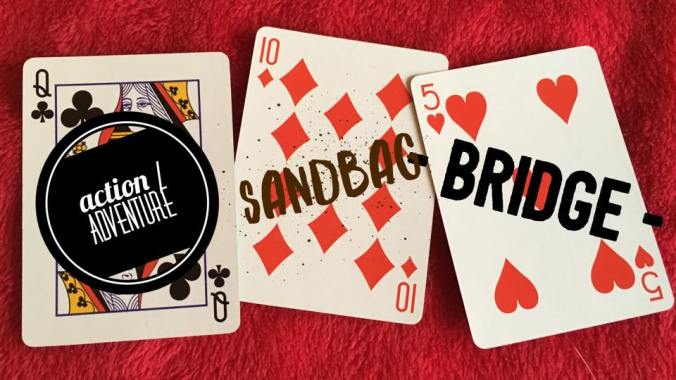 With “Action/Adventure,” “Sandbag,” and “Bridge,” what did the authors come up with?