Today’s Friday Flash Fic photo once again brought me an idea for the ongoing “Cohort” series I started way back when. It’s getting to be quite the series now, which is fun for me, but it’s scattered all over this blog, so if you want to read them in chronological order (which wasn’t the order I wrote them in, but that’s just because I never write in chronological order), here they all are:  First Cohort, Second Cohort, Third Cohort, Fourth Cohort, Fifth Cohort, Sixth Cohort, Helios, and now this piece, Home. 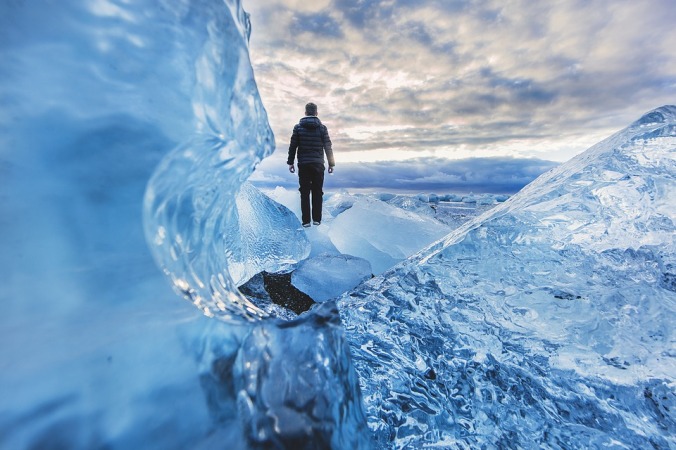 Adamson watched the station appear in the distance, and checked the display on the dashboard. Another few minutes, and they’d land. He tapped the comm.

“Klenova Station, this is Colony Shuttle Two. We’ve got visual and we’ll be dropping by shortly.”

A second later, the signal was picked up. “Hey Shuttle Two. We’ve got you on the screen. See you in a few.”

Adamson closed the connection, and glanced at the pilot. Popov had the shuttle on manual, and had done so pretty much from liftoff, only trusting the AI when he’d taken a visit to the head.

“Of course,” Popov said. He didn’t look at him.

“Not a fan of the autopilot?” Adamson said, after another moment.

Now the pilot did turn his way. “Do you know how often we get to take the shuttles out?”

Adamson did know, what with being the head administrator of the colony as a whole. “Aren’t there monthly check-in flights to Klenova?”

“And there are a dozen of us qualified to fly,” Popov said. “And even more technically cleared, like you are, to fill the co-pilot seat.”

Adamson got it. “Which means the actual answer is ‘not often enough.’”

“Got it,” Adamson said. “Manual it is. And I’ll see if there’s any wiggle room for more shuttle projects on the horizon. I know Constantinou keeps requesting to let his teams go further afield. Maybe we could use Shuttle Four.” It was their redundant backup. And now they had Enceladus Station in orbit, they had the orbital capable auxiliary vessels from up there, too.

Not to mention the four Vanguard ships.

Which, of course, were a whole other problem.

“That would be great, sir.”

Adamson stole another glance. Popov had been formerly military. He and Patel were friends, he knew, but beyond that, he hadn’t really gotten to know Popov beyond his file.

Popov took a breath. “There’s no one I’ve left behind,” he said. “So it shouldn’t be an issue, sir.”

“I never intended to go back,” Adamson said. “And I think the reason why is pretty much common knowledge now.” He paused long enough for pilot to nod. Since the arrival of Enceladus Station and the Vanguard ships, he’d let it be known he was Gentech to the whole colony. It hadn’t been anything of a real issue, and key people had already known, but he’d still been relieved. He hadn’t exactly spread around the full extent of the genetic tampering done to him—not everyone needed to know he was a fully-capable telepath, for example, or that his psychokinetic ability was very much near the upper edge of the recorded scale—but it had been clear the screening they’d done for personnel had done a decent job in weeding out those with extreme positions on Gentech, at least.

“Even so, I’m upset about it,” Adamson said.

The pilot glanced at him again. “But you could never have gone back.”

The pilot cleared his throat. “Final approach,” he said, and started the descent. It was a smooth, practiced move and the shuttle was down with barely a bump. Popov ran through the systems, noted all the green lights, and then nodded.

Adamson supposed that was a close as he was going to get to an emotional statement from the man, but he’d take it.

The polar cap of Chiaroscuro was breathtaking, and not just by virtue of the frigid temperatures. He’d read the reports out of Klenova Station, and more-or-less understood the principles in play leading to the formation of such beautiful, clear ice, but even the holos paled in comparison to seeing it first-hand.

Adamson stared out across the field, out to where open water began in the distance, and icebergs could be seen in what was the southernmost edge of Chiaroscuro’s largest of its three oceans.

He needed to go into the station. He needed to talk to everyone here, to answer their questions. But right now, looking out over the ice, he just wanted to stay for a few seconds.

His wrist comm pinged, and he felt his jacket heater engage.

It was enough to get him moving again. He turned his back on the vista and headed back past the landing pad, to Klenova Station, and the thirty-six people who were waiting for him.

They gathered in the cafeteria, the one place that could more-or-less hold them all at once, with about a third of the staff standing along the far wall. The very vista Adamson had been looking at just moments ago was now behind where they stood, through the windows that lined the far wall.

As a whole, they all waited for him to speak. He didn’t intend to, but a sliver of the room’s mood slipped into his mind telepathically before he could filter it out. Some worry. Some disappointment. Even some anger. But no panic, or outright fear.

He cleared his throat. “I wanted to come by to speak with you all face-to-face. I imagine a lot of you have already been in contact with friends back at the colony and know most of the story, but I’m here to make sure you’ve all got access to the same information.”

He paused. A few people nodded.

“As of right now, there are no more cohorts coming. Enceladus Station is in orbit, and they’re here because the Earth WorldGov tried to annex all science and research organizations not directly under Mars affiliation.” Adamson took a breath. “The eruption of Yellowstone seems to have been a catalyst, but I’m afraid I don’t have a lot of details about what was happening Earth-side. The Vanguard fleet were under contract with our Luna and Enceladus people, and managed to get the majority of the personnel out before Earth Defense forced the issue.”

“Fucking Eds,” someone muttered, and Adamson allowed a moment for the anger to ripple through the room. He had no love for the Earth Defense Force himself.

“They got through the Helios gate at Sol, and they scuttled it behind them,” Adamson said.

“There’s no way back,” a woman in the front row said. It wasn’t a question. Adamson wished he could remember her name, but all he could recall was her placement leading the core sample team, and her research about the history of Chiaroscuro’s climate.

About half the hands in the room went up.

Hours later, Popov came to find him on the ice.

“Most of them wanted to know if we were still planning on continuing the research done here,” Adamson said. Chiaroscuro’s sun was low on the horizon. It wouldn’t set, not at this time of the year, instead doing a long, slow arc before rising again, but right now it painted the ice around them a stunning golden-yellow.

Everything about this planet seemed determined to show them bright, beautiful colours and light. It was how the place had earned its name.

Adamson turned. “What about you?” he said. “Any questions? Any worries?”

The pilot regarded him, then bit his lip. It was a charmingly insecure gesture for the otherwise all-business man. “Anything?”

“What are my chances of being put on rotation for one of the orbital runs?”

Adamson laughed. “You know, I think I can make that happen.”

“Thank you, sir.” Popov looked out over the ice. It seemed to Adamson that he was fighting off a grin. “Shall we head home?”

“Yeah,” Adamson said, and they started back for the landing pad. It was only once they were in the air again—Popov had the system on full manual control, of course—that the word struck him. Not “the colony.” Not “the Coop.”

“What are you going to do about the Vanguard personnel?” Popov said.

Adamson blew out a breath. “That’s a really good question.” A private security group, the Vanguard ships had been sitting on his “to-do” list since they’d arrived. So far, they’d been co-operating fully with Adamson, and their leader, Bradley, had given them all an extended shore-leave of sorts in the colony. But they weren’t technically a part of the hierarchy, they reported to a company that had been annexed, and the colony didn’t have a way to pay them.

And just like the colonists, the Vanguard ships and personnel had no way to go home.

“Have you thought of folding them into security, under Patel?” Popov said.

“He is,” Adamson said, nodding to himself. He pulled out his comm and sent a meeting request to both Patel and Bradley. Within a few minutes, both had accepted.

It should have made him feel better. It didn’t.

“You didn’t want that much firepower around, did you, sir?”

Adamson turned back to the pilot, not entirely convinced he was the only telepath in the shuttle. “I really didn’t.”

They flew on, Adamson watching the display counting down the distance to home.