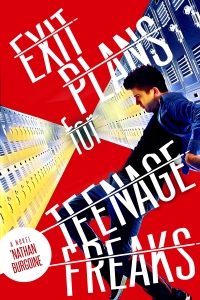 So, to celebrate the release of my queer YA novel Exit Plans for Teenage Freaks (isn’t it pretty?), Bold Strokes Books⁩ is having a Flash Sale! This weekend, you get 30% off Young Adult ebook backlist titles at their webstore. Which titles? Click here.

Now, I’ve read quite a few of the YA titles from Bold Strokes, and I’ve really enjoyed them, so, in no particular order, allow me to suggest a few for you to try out, if you’re looking at that sale and thinking, ‘Hrm, but which ones?’

I’m going to start with Jennifer Lavoie, who has written four (!) YA novels with Bold Strokes, and I’ve loved them all. So? Are you a doggo person? Grab Meeting Chance, which is about a scarred gay boy meeting a scarred rescue dog and their journey together to a better place.

Want a bit more family friction? Andy Squared! Andrew and Andrea are twins who’ve been on the same page for their whole lives, even down to the sport they both play (soccer), but Andy is starting to realize there are some things quite different about him, and it’s about to change everything. 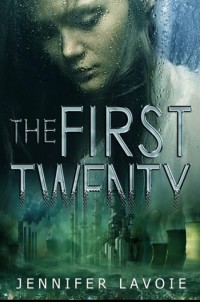 How about warm-and-snuggly? Tristant and Elijah! Here we’ve got a lovely pairing of young fellas who’ve uncovered a family mystery, and while their relationship unfolds in the present day, we explore what was happening in the past, too, and the parallels—and bittersweet differences—are wonderfully told.

And in case you’re more in the mood for the end of the world, there’s The First Twenty. It’s post-apocalyptic done the way I love the most: with hope. This isn’t violent and awful people doing violent and awful things to survive, but rather people coming together, being resourceful, and a young woman taking a leadership position among her community and discovering another young woman with an incredible gift. 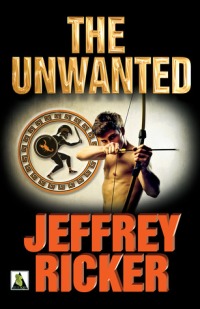 Now, I’ve mentioned Jeffrey Ricker so many times here I’m sure you’re sick to death of it (but too bad, he’s amazing, buy his books), but The Unwanted has such a place in my heart. Gay boy learns his mother isn’t so much dead as a mythological Amazon (and quite alive, thanks) and needs him to help break a curse on her people, and did I mention mythological creatures and gods are totally against this? So good. SO GOOD.

Elizabeth Wheeler’s Asher series is faboo, and begins with Asher’s Fault, where a camera—but more importantly, how the camera teaches young Asher to look at the world differently—allows him to take some steps towards forgiveness and understanding when it seems like the whole world is going to deny him anything good.

Greg Herren’s creeptastic YA Lake Thirteen gives the shivers and the spooky without losing the heart of the story: a queer young fellow and his coming-of-age (only maybe also ghosts and murder and oh no), and a budding relationship that is threatened by horror.

Oh! And if—like me—you love anthologies of short fiction by many authors? Boys of Summer gathers such a collection of tales around summer love between young fellas, and includes my only other foray into YA thus far: “Leap,” a short story about Ryan, who spends a holiday each year with his family at a rental campground of four cabins with two other families he’s known since he was born—and the arrival of a fourth family, and more importantly, their son Will.