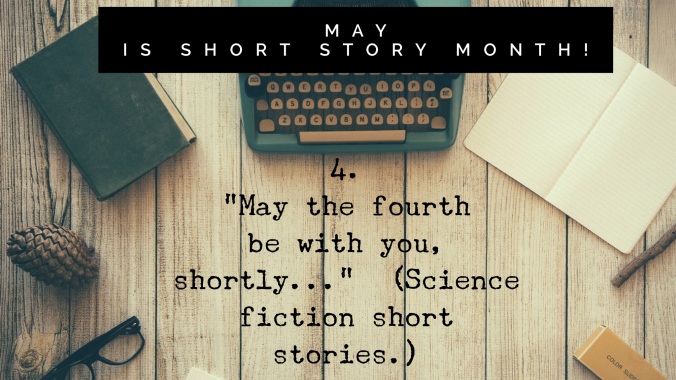 I have a friend I’ve known and worked with for years. She, like me, worked the horror that was Christmas Retail every year and made it through more-or-less mentally unscathed. One year, her mall hired a guy with a whole bunch of musical instruments (read: noisemakers) that he would hand out to a bunch of bored and over-sugared kids, and then head lead them through making music (read: noise). This happened in front of her store, while she was working, and it was torture.

To this, my awesome friend walked to the front of the store and called out, “Needs more cowbell!”

So why do I bring this up?

Some people can take something awful and still have fun with it and think about it in a new way. A.C. Wise took an apocalypse and added Anne of Freaking Green Gables! Seriously! Like, this is someone who looks at the end of the world, walks up to the front of the story, and calls out, “Needs more Anne!”

I don’t want to ruin any facet of this story, which is so clever and grounded in a psychology that is as devastating as it is realistic. Taking an iconic piece of Canadian culture and twisting it “just so” into this dark (and yet darkly moving) post-apocalyptic story was a small stroke of genius in the already solid anthology that is Fractured: Tales of the Canadian Post-Apocalypse. It was by far my favourite, and has been the “selling point” I’ve been using with all my friends.

“Huh,” they say, interested, sure, but not sold yet.

“What? Really?” Their eyes widen and their fingertips shake, already wanting the book. “What’s the collection called again?”

How about a couple of other Sci-Fi short stories I’ve loved? “Pas de deux” by Stephen Graham King in North of Infinity II (a brilliant short about a man with cancer, a man on death row, and how one life can be traded for another thanks to a leap in medical technology); and “Elsewhere, Within, Elsewhen,” by Cat Rambo in Beyond the Sun (A man about be a colonist for a  new planet; a technological advancement makes him redundant; but regains his spot when his husband qualifies for the position, and spouses are included—and their relationship is as key as the sci-fi/planet/story).

What about you? What are your favourite sci-fi shorts?