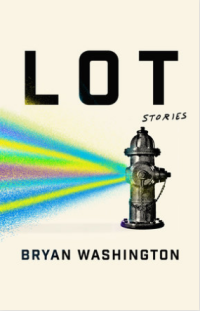 Oof, this story. Okay, we meet Poke, a young sex-worker who is brought into a home by Rod (another sex-worker) where a group of men live and work together under Rod’s rules as a kind of family/protective unit, and for a while, things are—if not good—stable, and much safer than they could have been otherwise. Poke reads as someone who teetered on the edge of destruction, but was pulled back from the edge at the last moment by this Rod, who lands somewhere in the zone of protector and aggressor both. One of Rod’s steadfast rules is the boys who live there must remain HIV-negative, and in this lies the conflict of the tale, as Rod admits to Poke that he himself has tested positive, and then asks Poke to keep it quiet.

Poke’s journey thereafter is one of boundaries and balances, and a slow, hesitant relationship he’s forming with a client. He all but moves out from Rod’s house, but when the others learn the truth of Rod’s status, is drawn partially back in to try and offer something back to Rod. The web of hypocrisy, compassion, wilfulness, and anger that forms as Poke tries to find a singular solution among temporary options is heartbreaking. There was never a moment where I felt any sense of hope for anyone but Poke—and even then, a hesitant hope that I didn’t count on—but even feeling that way didn’t prepare me for the turns the story took.

Ultimately, I think “Waugh” succeeds by virtue of those impossible problems and lack of solutions. The literal losses (of people, of choices, of options) felt very much like the only the way story could have ended, which is always a craft point I admire in a tale. But at the same time, that inevitability in the face of Poke’s own, hesitant hope? It felt all the more cruel, but certainly no less real. As the penultimate story of Lot: Stories, it felt perfectly placed as a reminder to the reader of the time, the place, the people, and the realities faced.