Today’s Friday Flash Fics was a piece I found on Pixabay, and I just loved the shattering effect, which made me think of Ian from Of Echoes Born. And then I was working on Faux-Ho-Ho (this year’s holiday novella) and it kinda-sorta reminded me of the characters in Handmade Holidays, and so… this happened. 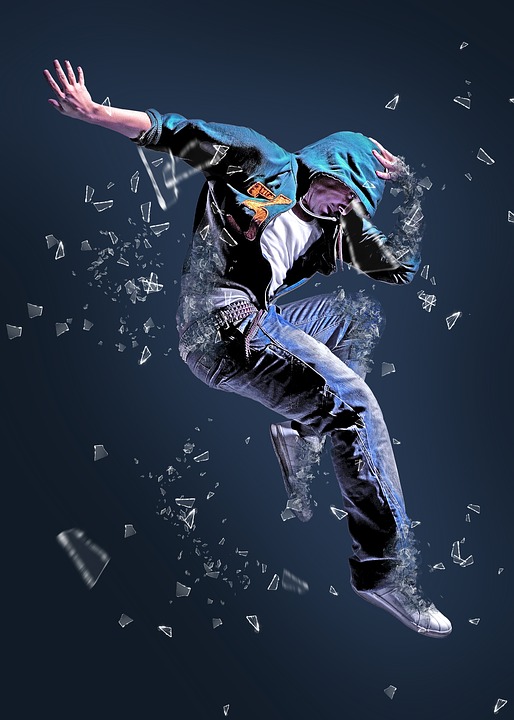 The little bell over the door to The Second Page rang, and Ian glanced up to see two women coming in with two kids.

“Oh, that’s better,” said the first woman, guiding a little boy a few steps forward and letting the door shut behind her. “Okay kiddos, one book each.”

The girl dragged the other woman away, but the little boy tilted his head, then started to move his hips to the beat of the music Ian had on in the store. It was adorable.

“I can’t believe this heat,” Ian said, coming out from behind the counter.

“Right?” she said, and then she paused. She looked at his face for a few seconds, and he wondered if he was about to get the question, but instead she said. “You’re Ian, right?”

He blinked. “Yes. Have we met?” A soft trace of blues and pale yellows looped around her. Kind, happy.

“No, but I think you know Nick Wilson?”

Ian smiled. “Of course. I had his book launch here.”

“We couldn’t make it. This one,” she nodded down at the little boy, “popped a fever and we spent the whole night at CHEO.”

“Ouch,” Ian said, and crouched down in front of the boy. “I hope you’re feeling better now.”

“I had a cold inside my ear,” the little boy said. Then he stared at Ian, and his eyes went wide. “Your eyes are weird!”

“But his eyes are weird!”

“They are weird,” Ian said, looking up at Reed’s mother. He winked.

“Mermaids!” The cry came from the girl, who was older the boy. Ian glanced over and saw she’d sat down in the kids area and was indeed holding up a book about mermaids. The other woman had sat with her, and they started reading.

“Why are your eyes weird?”

The little boy tried to say the word. He mostly failed, then went back to bopping along with the music.

Ian glanced at his mother. “It’s the only hetero thing about me, really.”

She grinned. “I’m Jenn. My wife’s Fiona, and the mermaid addict is our daughter, Melody. My attempt to limit her to one notwithstanding, we’ll probably be leaving with all your mermaid books, by the way.”

“Wait,” Ian said. “Jenn, Fiona… Did Nick name all the characters in his book after people he knew?”

She laughed. “He sure did. Without telling us, even.”

“Jenn was the music teacher, right? In the book?”

“Which is an inside joke. My family has zero rhythm.” She looked down. “Except for this guy.”

Reed was still swaying to the music. He even threw in a couple of twirls. Ian smiled at the little boy—he was really into his moves—and then the air all around the kid fractured and shattered.

The man leapt in the air, launching with a strength and grace that seemed borderline magical to Ian. He wore a blue hoodie, white shirt, and jeans, but the shoes weren’t basic sneakers: they were dance shoes of some kind.

The man landed for barely a second. It seemed effortless, but then he turned and flung himself into the air again, twisting, and as he spun, the vision ended, and the world put itself back together in front of Ian’s eyes, where a little boy grooved and bopped in his store.

“You know,” Ian said. “I think I have a book about male dancers. I mean, if you think he’d be interested.”

Jenn smiled at her son. “Would you like to see a book about boys who dance?”